The Prince George RCMP is one of many RCMP detachments and municipal police departments in British Columbia that has partnered with Project 529 to use their product, 529 Garage, as part of our bike theft prevention program.

The 529 Garage application is a comprehensive bike registry and recovery system. The primary goal of the product is to deter bike theft. On the occasion a bike is stolen, 529 Garage assists police in efficiently returning stolen bikes to their rightful owners, consequently saving thousands of dollars in police resources and loss of product for BC citizens. The program can be accessed online and through a smartphone application. 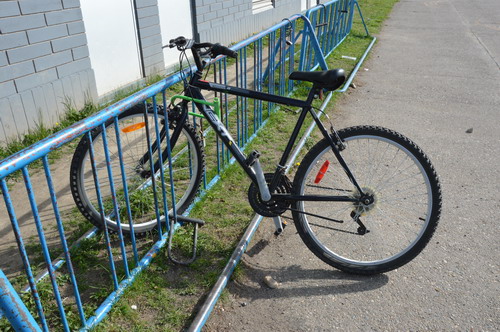 Each year the City of Prince George donates hundreds of unclaimed bikes to a local charity for auction because officers are unable to locate the owners of recovered bicycles. Much of this can be attributed to bicycle owners failure to record bike specific details, including serial numbers, make, model, etc. 529 Garage provides a solution to the recovery and return process by providing a mechanism for accurate recording and reporting.

Here is how 529 Garage works. Bike owners create online profiles that include photos of their bike, their bike’s serial number and other specific details. The aim of the profile is to capture every detail that makes the bike unique, such as custom parts and upgraded components. In addition to the photos and bike data, each registrant is encouraged to place a Shield ID (a tamper proof sticker with a unique 7 digit code) on their bike frame. The Shield is highly visible and acts as a warning sign to would-be thieves, letting thieves know the bike is registered with the RCMP and the 529 Garage. Attempts to remove the Shield will leave obvious signs of tampering and give police grounds to ask further questions of anyone in possession of the bike. 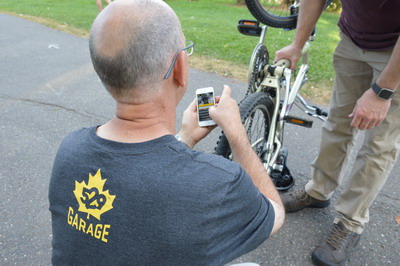 In the event a 529 Garage bike is stolen, with a few taps from their phone, a victim can immediately alert fellow 529 Garage registrants (using the app) of the theft. Alerts are accomplished via push notifications sent out like text messages. The victim may choose to include photos of his/her bike and a reward. If the stolen bike is spotted, witnesses can use the 529 Garage app to send a victim tips, including photos and location details. Police are also notified; however victims are still required to report the theft to police.

Since the 529 Garage application is put to best use with a heavily populated database, the aim of the program is to increase public awareness of 529 Garage. Prince George RCMP’s 529 Garage program envisions marking over 3,000 bikes with Shield ID’s by 2019. This goal will be achieved through free registration events where the Prince George RCMP will provide the Shield ID and upload the bike information and photos through the app. This service will be provided FREE of charge.