Police light up the highway

Most of us identify the month of December as a time to celebrate the holidays with our friends, families, and loved ones. But police often relate December with the time when people make poor choices to drive while impaired, often with tragic consequences.

That’s why the BC Association of Chiefs of Police (BCACP) have partnered with ICBC to support CounterAttack, a month-long Impaired Driving Enforcement Campaign throughout December. 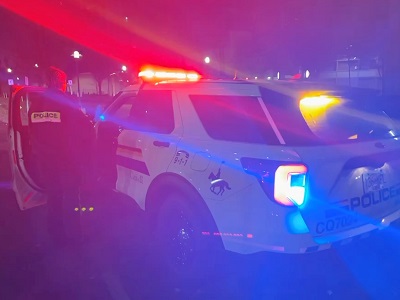 This initiative has been developed to help prevent the destruction of deadly, preventable crashes by stepping up enforcement of impaired driving across the Province.

The Canadian Association of Chiefs of Police have identified December 3, 2022 as the National Impaired Driving Enforcement Day to take decisive and visible enforcement action across the country in relation to impaired driving.

To support these important initiatives, on December 3, 2022, the BC Highway Patrol and police across the Lower Mainland are going to be running Light Up the Highway.

What does this mean? Starting at 7:00 pm, on December 3, 2022 police throughout the Lower Mainland and Fraser Valley will be having coordinated impaired driving road checks from Chilliwack to West Vancouver.

Why are we Lighting Up the Highway? While motorists should expect Light Up the Highway to cause some minor traffic delays, this event is meant to raise public awareness of the dangers and consequences of driving while impaired by alcohol and/or drugs.

Impaired driving is a leading cause of criminal death and injury in Canada, and far too many Canadians are risking their lives and the lives of others by making the decision to drive while impaired. If you use alcohol, and/or other drugs (both illicit and prescription) this will cause impairment which increases your risk of being in a collision. Last year in BC, 66 people lost their lives as a result of a fatal collision that was the result of alcohol and/or drug impairment. This number of fatalities is actually above the average of the last 5 years which is 64.

Impaired driving can have tragic results, but it doesn’t have to be that way. Impaired driving is completely preventable if drivers make good decisions before and after consuming alcohol and/or drugs,’ said Chief Superintendent Holly Turton, the Officer in Charge of the BCHP and Co-Chair of the BCACP Traffic Safety Committee. It’s imperative that drivers plan ahead for their safe return trip before they start consuming impairing substances, In order to drive this message home, the public can expect to see an increased police presence and enforcement of impaired driving throughout the month of December. Specifically, on December 3, 2022 if you are in the Lower Mainland or Fraser Valley you can expect to see a highly visible police presence reinforcing the message that if your going to drink, don’t drive this holiday season.

CounterAttack, the December BCACP Impaired Driving Campaign and Light Up the Highway are all important initiatives to bring public awareness to the dangers of impaired driving, said Chief Constable Neil Dubord, Chair of the BCACP Traffic Safety Committee. The collaboration between police agencies throughout BC, especially in the Lower Mainland and Fraser Valley, emphasizes effective police partnerships working to keep our highways and communities safe.

This holiday season, police in British Columbia are asking drivers to plan ahead, leave your keys at home, and find an alternate ride home. There are lots of ways to get home without driving such as transit, taxis, ride share, Operation Red Nose, etc. These options can help you arrive at your destination safely so that you can celebrate the holidays with you loved ones.