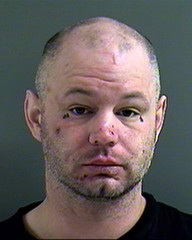 At approximately 11:20 p.m. on Wednesday, June 15, 2016, the Prince George RCMP received a report of a shooting in the 3600 block of Forest Avenue near Ospika Boulevard in Prince George. 33-year-old Robert Milligan was found shot to death in the driveway of his residence.

An investigation by members of the Prince George RCMP Serious Crime Unit ensued and confirmed early information that this was a targeted event. After more than five years of working with various partners in B.C., the Serious Crime Unit obtained sufficient evidence for charge approval in the murder of Robert Milligan.

On July 23 and 24, 2021, members of the Serious Crime Unit - with the assistance of B.C. RCMP Major Crime Unit - arrested all three accused. The accused are presently in custody.